QANTAS AND JETSTAR GEAR UP FOR ACCELERATED BORDER OPENING 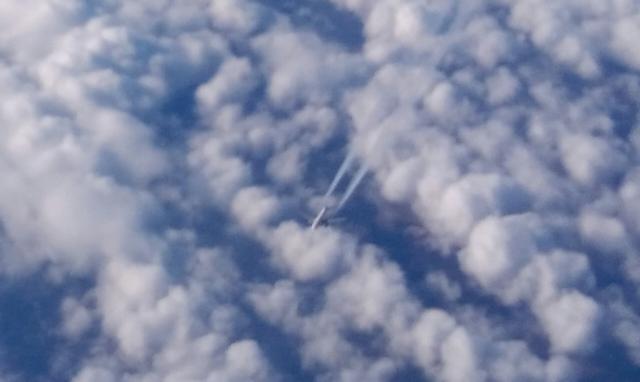 
All Australian-based Qantas and Jetstar employees able to return to work in early December 21. Qantas to launch new route from Sydney to Delhi before Christmas*. Flights from Sydney to Singapore, Bangkok, Phuket, Johannesburg, Fiji to resume ahead of schedule. Early return of the A380. More Points Planes for frequent flyers.

Qantas and Jetstar will bring forward the restart of more international flights to popular destinations from Sydney and operate regular flights to Delhi, the first commercial flights for Qantas between Australia and India in almost a decade.

The national carrier will also bring back two of its Airbus A380 aircraft earlier than planned and is in discussions with Boeing about accelerating the delivery of three brand new 787 Dreamliners, which have been in storage for most of the pandemic.

The faster ramp up follows the Federal and New South Wales governments confirming that international borders would reopen from 1 November 2021 and the decision by the NSW Government to remove quarantine requirements for fully vaccinated arrivals – which significantly increases travel demand.

These decisions – combined with plans by states and territories to reopen domestic borders – support all Qantas and Jetstar workers based in Australia and New Zealand who are currently stood down to return to work by early December 2021. This includes around 5,000 employees linked to domestic flying and around 6,000 linked to international flying.

Due to extended border closures, many international crew have been stood down since the start of the pandemic. Combined with operational and corporate employees already working, the Group’s 22,000 employees are able to return to work in December, which wasn’t expected to happen until June 2022.

Qantas plans to launch a new route from Sydney to Delhi on 6 December 2021 with three return flights per week with its A330 aircraft, building to daily flights by end of the year. This is subject to discussions with Indian authorities to finalise necessary approvals. The flights would initially operate until at least late March 2022, with a view to continuing if there is sufficient demand. Flights from Sydney to Delhi would operate via Darwin, while flights from Delhi to Sydney would operate nonstop.

Qantas has also launched additional Points Planes – where every seat in every cabin on a flight is available to book as a reward seat.

Discussions have commenced with the NSW Government about supporting some of Qantas’ international services to Sydney through its recently announced Aviation Attraction Fund. Discussions are also underway with the Indonesian Government about welcoming fully vaccinated Australians back to Bali with reduced or no quarantine requirements, which would mean the resumption of Jetstar and Qantas flights from Sydney to the holiday island months earlier than scheduled.

Today’s announcement is in addition to routes already on sale from Sydney to London and Los Angeles. Bookings on these routes have been extremely strong, with more than 10 additional return services added between Sydney and London due to demand from Australians coming home in time for Christmas.

Qantas frequent flyers have also been booking seats in record numbers, with the largest number of points used on reward seats for a single day in the airline’s history occurring on Tuesday this week, with more than half a billion points redeemed. Frequent flyers can use their points to book one of millions of seats across Qantas, Jetstar and partner airlines as borders open.

Flights to Honolulu, Vancouver, Tokyo and New Zealand are still scheduled to commence from mid-December 2021, with other destinations to restart in the new year.

In line with current Federal Government requirements, these initial flights are limited to Australian citizens, permanent residents and their immediate families and parents.

Qantas has further accelerated the return of its fleet of A380 aircraft. Originally expected to remain in long term storage in the Californian desert until the end of 2023, the Group announced in August that five A380s with upgraded cabins would return from July 2022 to operate Los Angeles and London flights. This is now being brought forward a further three months, with two of the A380s to commence flights to Los Angeles from April 2022. One aircraft could arrive by the end of this year to assist with crew training ahead of its return to service.

Jetstar will bring the remaining five of its 11 Boeing 787-8s out of storage in Alice Springs over the coming months.

Qantas and Jetstar are preparing to ramp up capacity between Melbourne and Sydney as quarantine-free travel is set to resume between Australia’s two largest cities. Pre-COVID, Melbourne-Sydney was the second busiest route in the world, with the Group operating up to 58 return services per day, but during the latest lockdowns this got down to as low as one return flight per day for essential travel only.

When the Victorian and NSW borders open, Qantas and Jetstar will operate up to 18 return flights per day, increasing to up to 37 return flights per day by Christmas. Additional capacity will be added on other routes to and from Sydney and Melbourne, as restrictions are lifted by other states and territories.

Qantas Group CEO Alan Joyce said: “Australians rolling up their sleeves means our planes and our people are getting back to work much earlier than we expected.

“This is the best news we’ve had in almost two years and it will make a massive difference to thousands of our people who finally get to fly again.

“We know that Australians are keen to get overseas and see friends and family or have a long awaited holiday, so bringing forward the restart of flights to these popular international destinations will give customers even more options to travel this summer.

“We’ve said for months that the key factor in ramping up international flying would be the quarantine requirement. The decision by the NSW Government to join many cities from around the world by removing quarantine for fully vaccinated travellers means we’re able to add these flights from Sydney much earlier than we would have otherwise.

“We hope that as vaccination rates in other states and territories increase, we’ll be able to restart more international flights out of their capital cities. In the meantime, Sydney is our gateway to the rest of the world.

“In recent weeks, sales on international flights to and from Sydney have outstripped sales on domestic flights, which shows how important certainty is to people when making travel plans.

“While these flights will initially be for Australians and their families, we expect tourists from Singapore, South Africa and India to take advantage of these flights once borders reopen to international visitors, which is great news for the industry.

“Given the strong ties between Australia and India, flights between Sydney and Delhi have been on our radar for some time, and we think there will be strong demand from family and friends wanting to reconnect once borders open.

“Our customers and crew love flying on our flagship A380s, so news that they are will be back flying to Los Angeles again from April next year will be very welcome. The Federal Government’s support to ensure our aircraft and people are ready to resume once borders reopen has been critical.”

For further information on what customers should expect on these initial flights please see the infographic linked here. 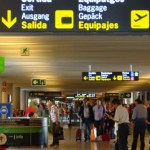 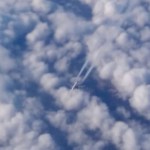 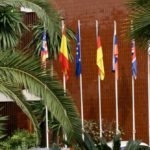 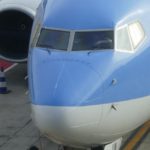